Another break in the rain to go back to Empire Mine Road to take the the set of photos for week 5 with my super wide angle lens. However, like yesterday for the last four photos Mount Diablo is not visible because of the clouds hanging over the foothills. To help the comparison to earlier photos of the same scene, the photos are centered where the mountain is a bit visible.

I had a lot of problem getting the first two photos of the oak trees, as the sky was to bright resulting in the trees being hidden in the dark hill. I had to compensate the exposure by +1.5 to get something that was acceptable. As you can see all 15mm photos show so much ore than the previous sets for week one to four as the narrower focal length allowed me to frame the main subjects. 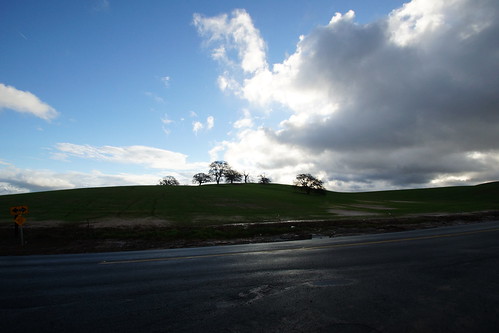 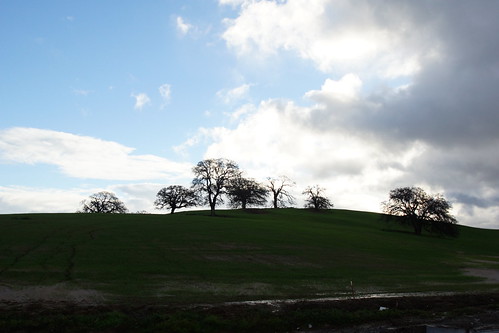 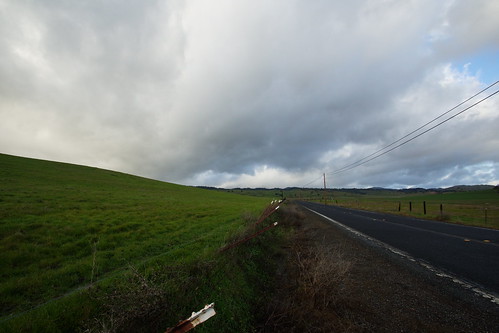 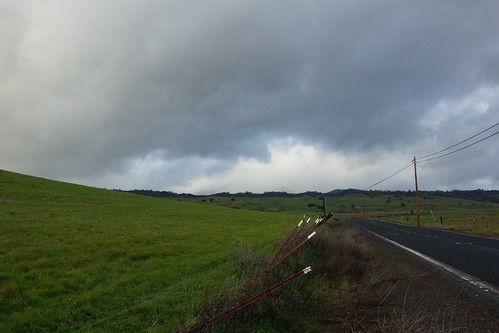 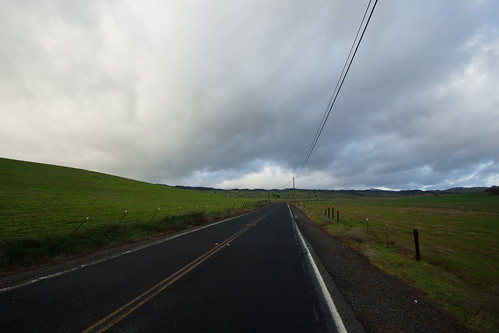 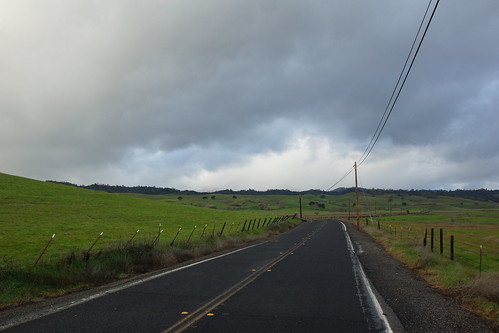